I grew up in India. Compared to most, I grew up privileged. I received a good education; I was’nt discriminated against for being a girl, no-one told me what to wear, what to think and above all I was free to make my own life-choices. The last, in itself, is a privilege anywhere in the world.

But, I was surrounded by people who didn’t share my freedoms and, my teenage years were filled with righteous indignation. What, I’ve learned over the years is that the temptation to speak for those who may seem to be voiceless or suppressed is tempting but dangerous.

If you google the statement giving the ‘voiceless a voice’ or being a ‘voice for the voiceless’ you’ll find numerous well-meaning organizations aiming to do just that. And while it is a noble sentiment it simply fuels the fire of pained silence.

Why? Firstly, I have found through my interviews with people who on the surface often seem to lack a voice – don’t. They lack the space to express it. They lack an audience who cares or can make a difference. Secondly, giving someone a voice simply occupies the space where their own voice could’ve been. I find it diminishes their agency.

And lastly, what most people I’ve interviewed – whether it is a woman who’s suffered domestic abuse or a child who wants to go to school but cannot because they have to work or get married – share is not the wish to be given a voice. Their voice is often loud enough! They simply want to be heard. And if those of us who care or want to make a difference are busy trying to give them a voice, who is actually listening?

I believe that’s why Facebook is such a success. I’m not a fan of the devious machinations the company gets up to. But, admittedly, they are providing a stage to people, who are frequently judged and marginalized, to voice their stories and opinions. Of course, on Facebook that voice comes at a hefty price. I’m not saying that theirs is the model to follow. What I am saying is that they’ve touched a nerve. A very sore spot.

How can we translate what they do to development discourse? I, for one would like to focus on setting the stage and making space for diverse stories to be heard. Not in my voice, but in the voice of those who are telling it. And through my work I’d like to make sure that the right people are listening. 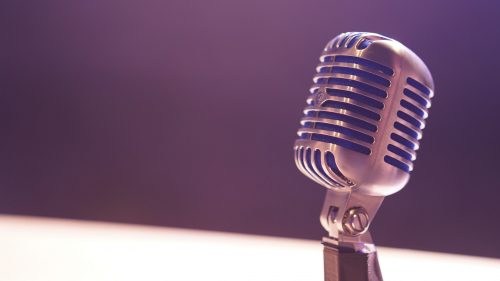 Book Review: The Storytelling Animal by Jonathan GottschallBook Review, Content Development
The climate crisis: What’s poetry got to do with it?