This book starts with the mystery surrounding a story of a lamp falling in the dead of the night on the island of Selamon, in the Banda Archipelago, in 1621. This lamp sparked the genocide that was to follow on the Banda Islands by the Dutch East India Company. 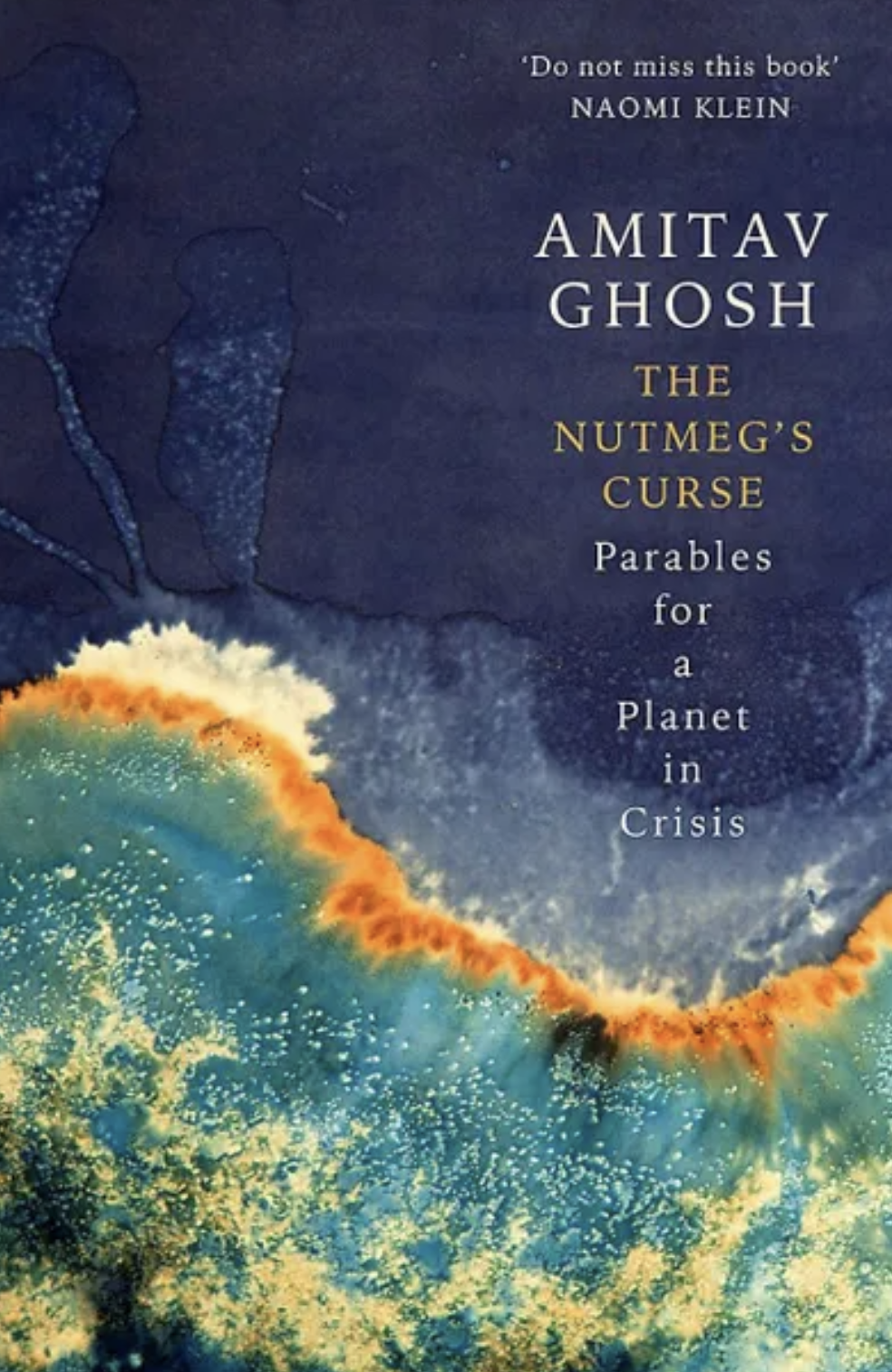 The Banda Islands are surrounded by still-active volcanoes and one of the gifts of this volcanic soil is Nutmeg. According to Mr. Ghosh, at the time, the worth of this spice in Europe had reached mythical proportions describing it as “envy-inducing symbol of luxury and wealth that conforms with Adam Smith’s insight that wealth is something desired, not for the material satisfaction that it brings but because it is desired by others.”

In the following chapters, he writes about the colonisation of the Americas and the brutal treatment of the indigenous people at the hands of the colonisers. Amitav Ghosh, an Indian-born writer, frequently refers to the decades-long colonisation of India in his book as well. As an Indian, I was especially keen to read his views.

Not a book on colonisation.

This, extremely well-researched book is filled with parables on how the extermination of the indigenous peoples led to the extermination of a type of thinking that had kept the original inhabitants in rhythm with the land they lived on for centuries, till the colonisers arrived.

In addition to other truly Machiavellian practices like terraforming, this was done by systemically linking nature-based thinking, solutions or mysticism with so-called ‘savagery’, and replacing it with market-based thinking that viewed the Earth as a resource simply to be used and  inevitably exploited. The consequences of which we are facing today with the climate crisis.

Now, he writes “The Western settler-colonial culture is no longer confined to the settled colonies. Since the adoption in 1989, of the Washington consensus, the ideologies and practices of settler-colonialism have been actively promoted, in their neo-liberal guise, by the world’s most powerful countries, and have come to be almost universally adopted by the national and global elites.” And it’s these settler-colonial practices that are now being implemented in many a former colony, unfortunately.

The parables in this book are forcing me to rethink my ideas of progress. As a product of a post-colonial society and education, I am beginning to see more clearly how deeply entrenched our mistaken views of progress in this world are. It made the need to re-establish a value system that is not rooted in exploitation, and has a more symbiotic relationship with the Earth, all the more urgent to me.

In this book he elaborately explains why we cannot fight the climate crisis by simply using market-based-solutions-thinking – the very thinking that caused this predicament in the first place. To truly tackle the climate crisis, we first need to question the foundation of our foggy and distorted ideas of progress.

In my opinion, books like this one are fighting hard to break through this fog.

The climate crisis: What’s poetry got to do with it?
Communications to turn the tidesClimate Crisis, Content Development