I recently joined a very informative webinar hosted by the Reuters Institute of Journalism and the University of Oxford on the ‘Missing Perspectives of Women in the Covid-19 News’. Speaking on the issue was Luba Kassova of AKAS. Her presentation was based on a report that AKAS had written for the Bill and Melinda Gates Foundation. 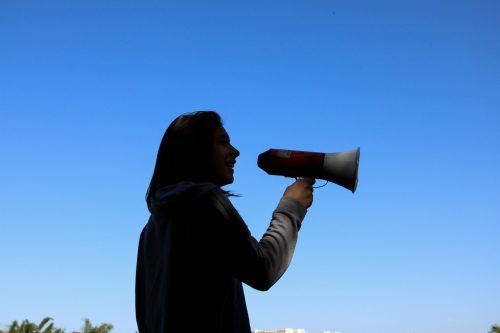 Of the many insights I gathered from the talk, and later reading the report, here are three of my key take-aways. I am aware I am drawing parallels, but I believe we could use these findings  to ensuring gender equality while talking about climate change too. Both, in how we engage with women as readers and protagonists.

According to the study, women are more likely (than men) to be interested in the local angle. The report recommends covering local dimensions of the story to improve engagement among women. Especially topics that worry women the most like, unemployment, healthcare, crime and gender violence. Particularly in the global south.

Women are drawn to news that has a human-interest angle

Somewhat related to the point mentioned above, the report suggests including more news stories that “offer micro-angles anchored in human interest stories emphasizing the humanity in this crisis.” Rather than focusing on the macro-level. The report finds that only 9% of the many international stories they researched on Covid-19 had a human story within them. They also found that surprisingly few women were the main protagonists in these stories. Consequently, one of their many recommendations was to make sure women were quoted often in news articles as experts.

Non-profit organisations frequently use human-interest stories to engage their audience. I have written many myself. So, it’s nice to have the research to back up the efficacy of this kind of communication.

Facts are overtaking both men and women

According to Luba the detached facts took over the human aspect of the Covid-19 coverage in the news articles that they tended to be less ‘emotionally engaging’. That is not to say that the study recommends dispensing with facts. According to the report putting facts within a human-interest frame, adding an individual’s story to it, makes the fact memorable. Especially to women.

Of course, this is but a quick glimpse into the fascinating report. I’ve merely skimmed the surface of things. It is a valuable resource on improving how we communicate about climate change and how we can direct our efforts to engage more women and add more women’s voices to the narrative. You could read the whole report here.